This isn’t just about the individual: it’s about the system too 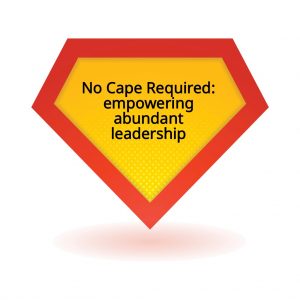 This is about organizational culture having the collective courage to achieve transformational leadership.
So often managers leave leadership training courses nurtured with lofty ideals and leadership aspirations, only to return to a nest of vipers.
Harvard Business Review published an article in 2017, that summed up the issue of women’s progress in the workplace[i]

“Our analysis suggests that the difference in promotion rates between men and women in this company was due not to their behavior but to how they were treated. This indicates that arguments about changing women’s behavior — to ‘lean-in,’ for example — might miss the bigger picture: Gender inequality is due to bias, not differences in behavior.”

What this means is that organisations need to clean up their bias act; not just expect younger people, or women, or people of colour to talk or act ‘differently’. When we recognize the bias is inherent in us, then we can start to do something about it.

Bias is the primary resistance facing organisations today. Once we have the courage to face it, we can overcome most things.
One of our students told us this story:

“I used to help my Dad clean out the fish tank. He’d carefully, take out each of his precious fish collection, quickly dipping them in a small clear water tank.
With my help, he’d rigorously clean out the display tank and gently return the fish.
We’d literally see them in a new light: the iridescent colors of the little neon fish were my favorites.”

Why would you invest in training up leaders only to return them to the dirty water? Especially when what you thought was a fish tank turns out to be a shark tank.
What’s needed is a whole-system approach to better leadership, and #NoCapeRequired helps you consider the whole “heroic system,” rather than focusing solely on individuals, such that when we’ve invested time, effort, and money in their development, the environment they return to is ready for them too.

You can find out more about which cookies we are using or switch them off in settings.

This website uses cookies so that we can provide you with the best user experience possible. Cookie information is stored in your browser and performs functions such as recognising you when you return to our website and helping our team to understand which sections of the website you find most interesting and useful.

Strictly Necessary Cookie should be enabled at all times so that we can save your preferences for cookie settings.

If you disable this cookie, we will not be able to save your preferences. This means that every time you visit this website you will need to enable or disable cookies again.